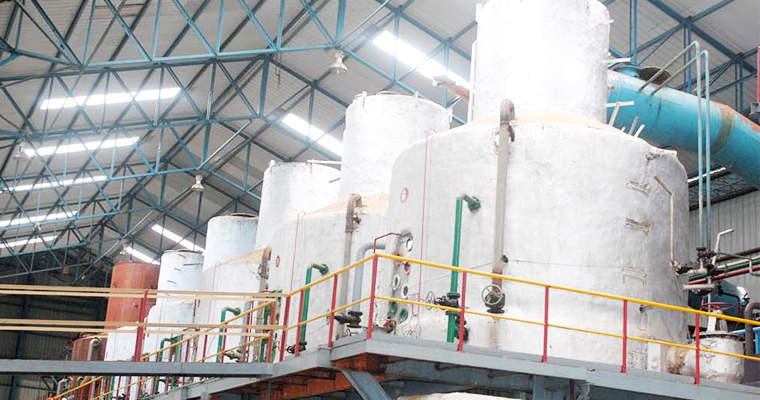 Inattentiveness of the operator will lead to increased number of water drinks to dissolve the false grain there by increasing the steam/vapor requirement.In the present day energy conservation such type of laxity is not affordable.

Thus it has become inevitable to go for Automation of Batch Pan at least up to the extent of feed control, to maintain the Massecuite inside the Boiling Pan at a Super saturation, corresponding to metastable zone.

The conductivity / Brix of Massecuite and level and Massecuite inside the pan are monitored continuously and feed liquor to the pan is controlled automatically. Calendria steam pressure is monitored & steam flow to pan is regulated.

All other operations like selection of feed liquor, seed slurry feeding ,control of vacuum ,vacuum breaking ,Pan washing, opening and closing of discharge valve can also be automated.

THIS AUTOMATION HELPS IN